New Bears off to see Edwina 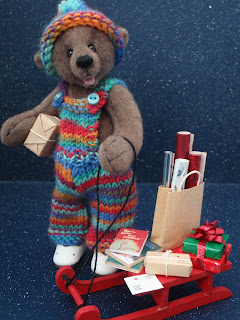 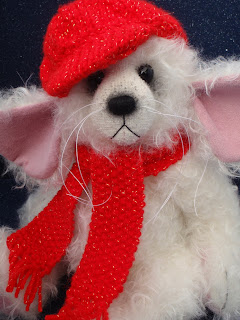 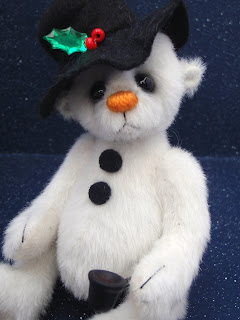 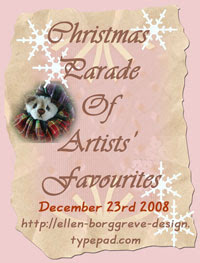 http://ellen-borggreve-design.typepad.com/
Exciting news! The talented Ellen Borggreve is having a Christmas Parade from her blog on 23rd December 2008. The idea is to promote our "art" and creativity and have a bit of fun drooling over the wonderful creations on display. I do hope you will be able to pop over on the 23rd and have a look.

Well the past 2 months seem to have flown by in a flash! I can't believe how busy my life has been of late, I just can't keep up, unfortunately my blogging duties have been neglected so let me tell you what I've been up to recently.
Firstly as some of you know my fella Lex left on the 31st October to travel the world, he's gone for about 7 months, travelling through South East Asia, China, New Zealand, The South Pacific and the USA, you can check out his travel blog at
http://www.travelpod.com/travel-blog-entries/lekka/1/1225464900/tpod.html
So alot of October was taken up with us trying to spend as much time together as possible, it was'nt always easy with me working ALL the hours under the sun and Lex getting ready for his travels, but we did get the chance to do a few fun things before he went as the following photos show. 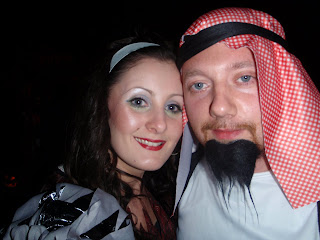 Me and Lex at his fancy dress/bouncy castle leaving party!!!! The theme was Halloween, bad taste or superheroes/villain, the night was a total success, a mad night was had by all. 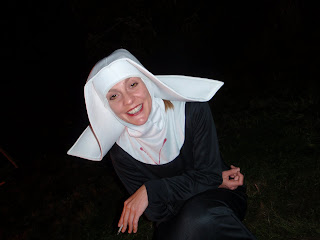 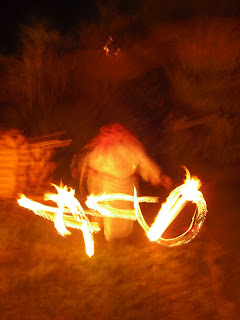 Lex Poiing at the party 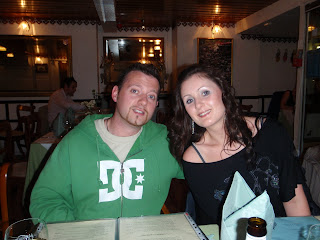 Me & Lex at his last supper! 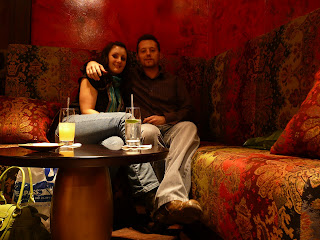 As well as all this gallivanting around I have been very busy with work, I'm currently working around 60 hours a week, still doing the 2 jobs and making the bears! I've had orders non stop since Hugglets and I'm gradually getting though them all. 10 bears went to Hamleys at the beginning of the month, 3 bears have just been finished today for Edwina's Friends and will be available from Kathy soon. Next I'm working on bears for Bear Paths in the USA and bears for my online show in December, its all go so I really haven't got time to miss Lex at all, having said that I do, like mad but its only 7 months and that's nothing really and he's promised to be back for my 30th next year with lots of exotic presents! 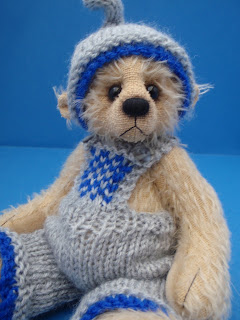 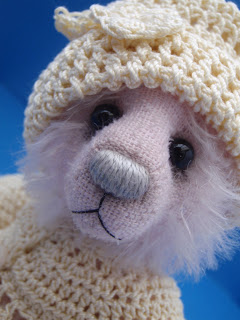 A couple of the bears that are now available from Hamleys