Christmas came and went in a flash, we had a lovely relaxing time here in our little corner of the world. It was  the first Christmas in our new home and also Bilbo's first Christmas which made it extra special. I took a few weeks off from the studio which was well needed to re-charge my batteries for the year ahead.
So better late than never here's a few photos of our little festive break.....

A few days before Christmas I treated Mum and Lex to tickets to The Harry Potter Studio Tour, yes I know what your thinking "they've been there before" it was actually mine and Mums 4th time!!!! But Lex had not been and they had dressed the great hall like it was in the film at Christmas time, well we could miss that! 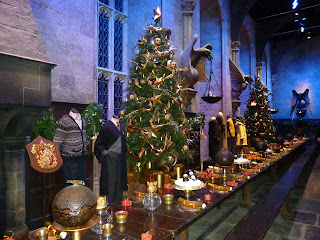 Each table was set in the Hogwarts house's colours, 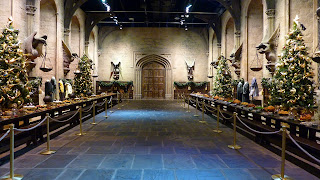 It was stunning with all the trees 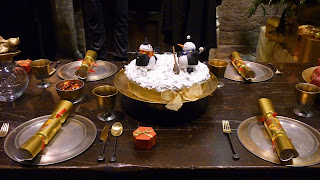 and the food look delightful 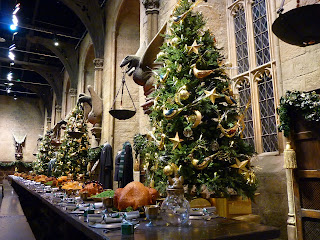 it's a shame it wasn't real 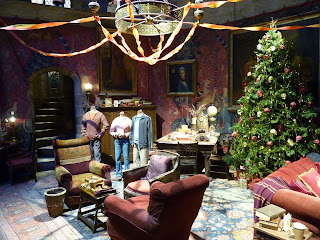 The room sets were also dressed for Christmas 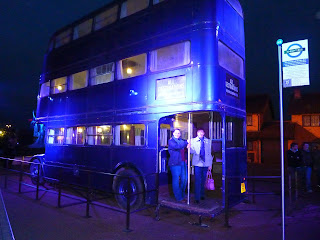 We had never seen the nightbus by night, it was pretty cool 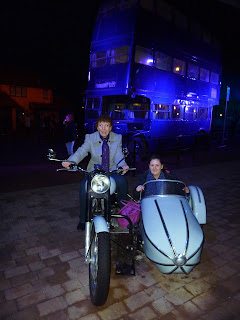 as was riding on Siris's/Hagrid's bike 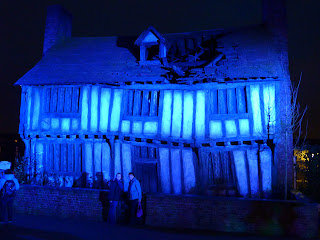 It was wonderful to see the sets all ready for Christmas,
it really got us into the Christmas spirit 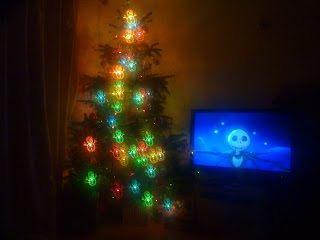 This was our Christmas Eve,
Nightmare before Christmas on the TV,
mulled wine and special glasses that made the tree lights
into snowmen when you looked through them! 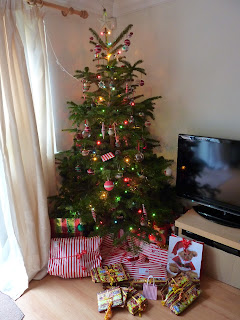 There were a lot of presents on Christmas morning 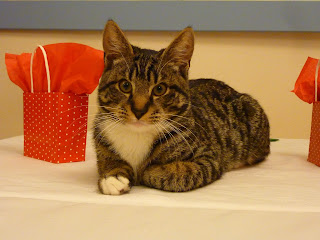 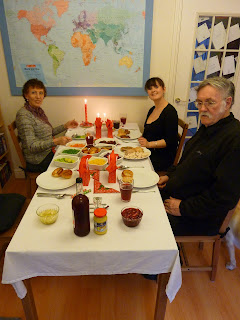 We had a tasty lunch
(even if I do say so myself!) 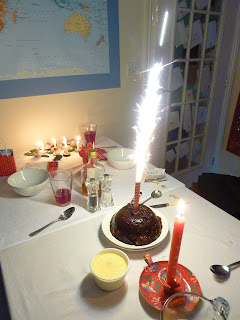 Christmas pud was made by my Dad 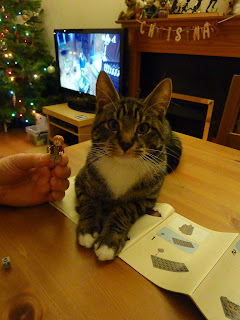 We both got some lego for Christmas,
Lex got a hobbit piece, here's the cat Bilbo and lego Bilbo! 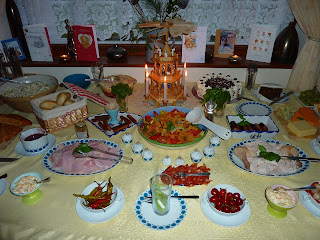 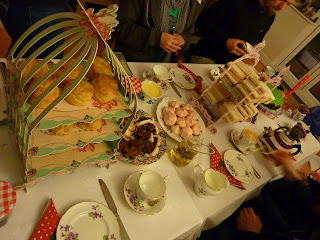 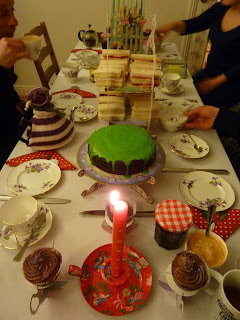 We had, finger sandwiches... 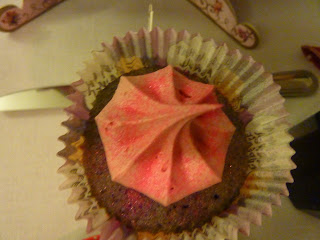 Cupcake with yummy raspberry and vanilla frosting,
thanks to my friend Donna..... 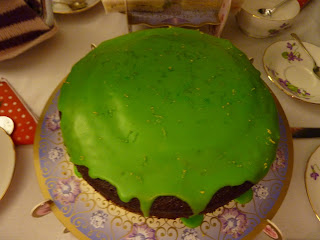 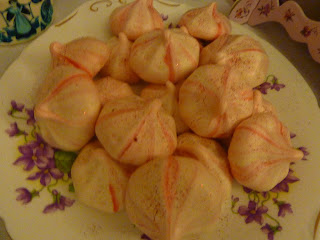 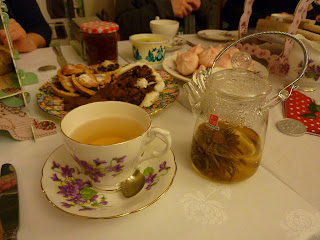 A lovely time was had by all.