The end of June beginning of July is a busy one for me, Mum's Birthday is on the 29th June, mine is on the 1st July, 32!!!! I still feel like I'm 18 most days ;0), its me and Lex's anniversary (3 years! Gosh its gone fast) Also my Aunts Birthday on the 5th, so over the last week there's been some celebrating in the Andrews/Ledger households!
Mum's Birthday didn't go quite to plan because we had a very poorly Binky that day, he been bitten by another cat and it had gone septic, it was all rather dramatic, he when missing and when we found him in a neighbours back garden we had to rush him to the vets! He's on the mend now but it did rather spoil the Birthday dinner we had planned, so we will have a re-run Birthday for her later in the month! 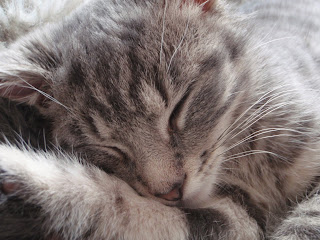 Binky Bow-Bows, much better now :0)
My Birthday however was perfect, I received so many amazing presents, everyone had put so much thought into my gifts, I am a very lucky girl! Me and Lex escaped to my favourite part of the county, Dorset for the weekend so it was double perfect, I'll share some photos of the weekend tomorrow, meanwhile here's a few pictures of me opening some of my presents..... 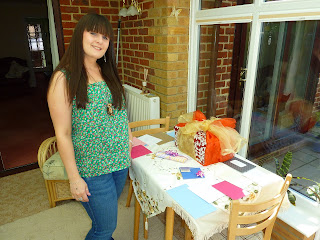 This was taken at my Aunts house, we dropped by her house in the New Forest on our way to Dorset 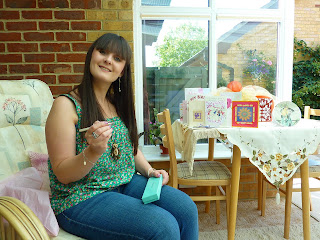 This is my Tiffany silver pen, kindly given to me by Lex's lovely Mum Sooz 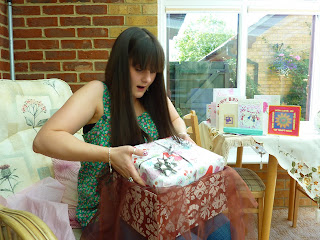 Me opening a VERY special gift from Lex, what could it be.... 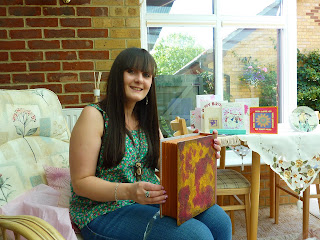 and here it is, can you guess what it is yet? 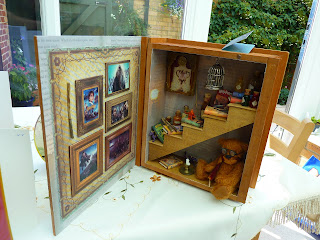 Did you guess right! Lex had conspired with my favourite artist (and very good friend) ginger Brame to make the most wonderful Harry Potter themed Bear in a box! I was beyond thrilled, it was such a surprise. I LOVE, LOVE, LOVE it. 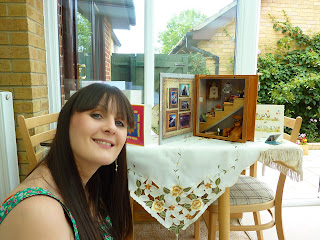 A happy girl with the BEST present!
For more details on the box please visit ginger's blog here and here, she explains things so much better than me.
Posted by Elanor Clare Andrews